The Evolution of San Francisco's Waterfront

Before the Gold Rush, San Francisco was a sleepy harbor with a northeastern shoreline near today's Salesforce Tower. As the waterfront expanded with industry, the Port of San Francisco oversaw the construction of the Embarcadero Seawall, a rock and concrete wall stretching three miles. The Seawall transformed the city, laying the foundation for the thriving waterfront we know and love today.

The Seawall is the backbone of the waterfront. It supports over $100 billion in assets and annual economic activity and supports many of the city's iconic destinations, parks, and local businesses, which attract more than 24 million people each year. The Seawall also supports key utility and transportation infrastructure including BART, Muni, and ferry networks, and serves as a critical emergency response and recovery area. Over 50 key emergency assets depend on the Seawall. 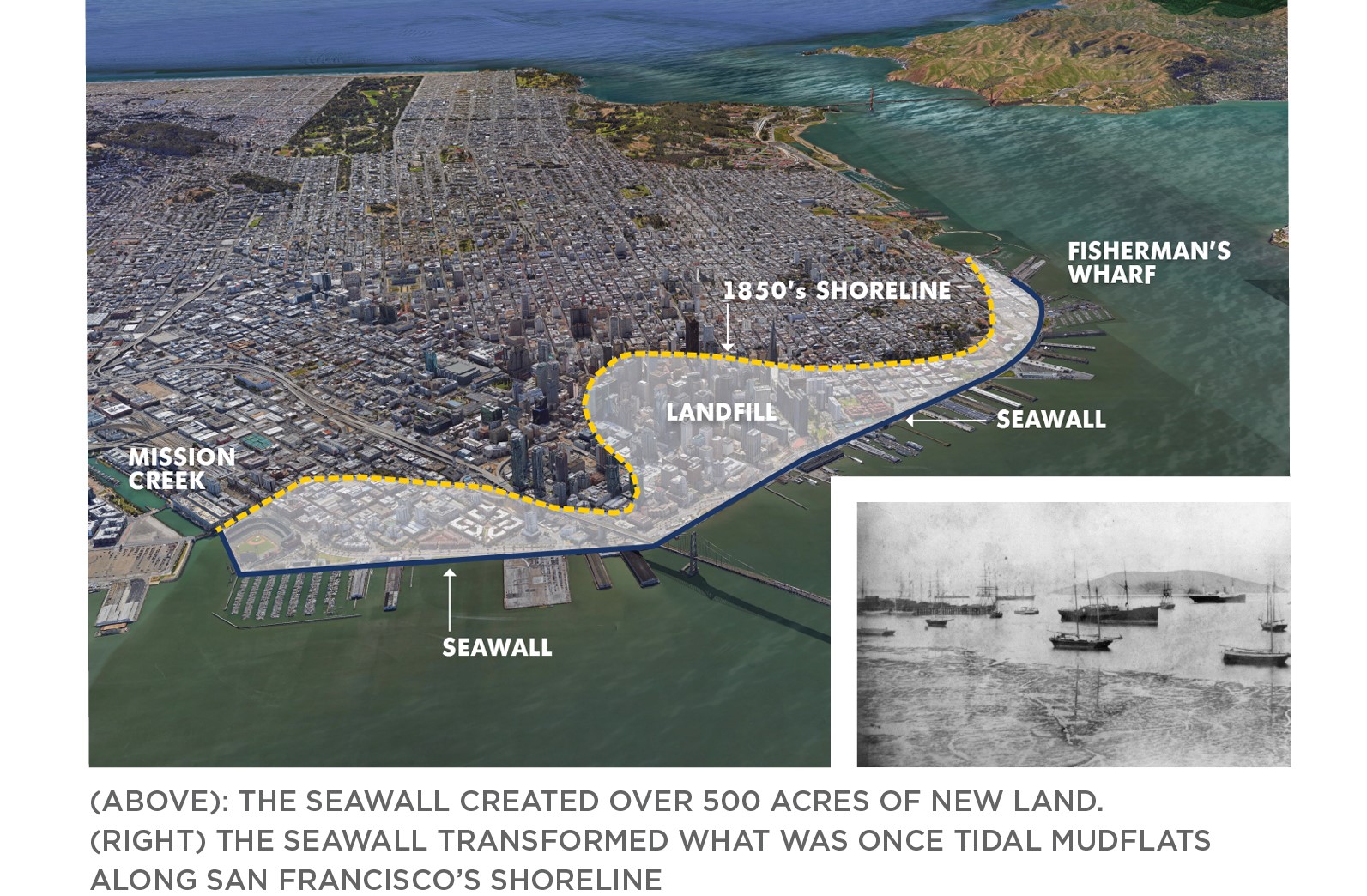 The Port is leading the Embarcadero Seawall Program, a citywide effort to create a more sustainable and resilient waterfront. The Program is dedicated to robust community and stakeholder engagement, along with fiscal responsibility, accountability, and transparency. Part of the Port's Waterfront Resilience Program, the Embarcadero Seawall Program will provide the tools to address current and future risks over time.

Threats to the Embarcadero Seawall: Earthquakes and Sea Level Rise

The Seawall is now in desperate need of repair, vulnerable to urgent seismic risks and increasing flood risks. The Seawall was built without today's seismic standards and atop "young bay mud," a soft, weak mud that can amplify earthquake shaking. The Bay Area has enjoyed a historically quiet period of seismic activity since 1906, but the U.S. Geological Survey estimates a 72% chance of a major earthquake happening between now and 2043.

San Francisco faces coastal flood risks today. These risks will increase in the future due to sea level rise and extreme storms, threatening buildings, small businesses, jobs, and critical services such as BART and Muni. To defend San Francisco from current and future flood risk, there is a need to adapt shoreline elevations to address 3 to 7 feet of sea level rise expected by 2100. Our storm modeling indicates that San Francisco will start experiencing potentially costly coastal flood damages in the period between 2030-2040. 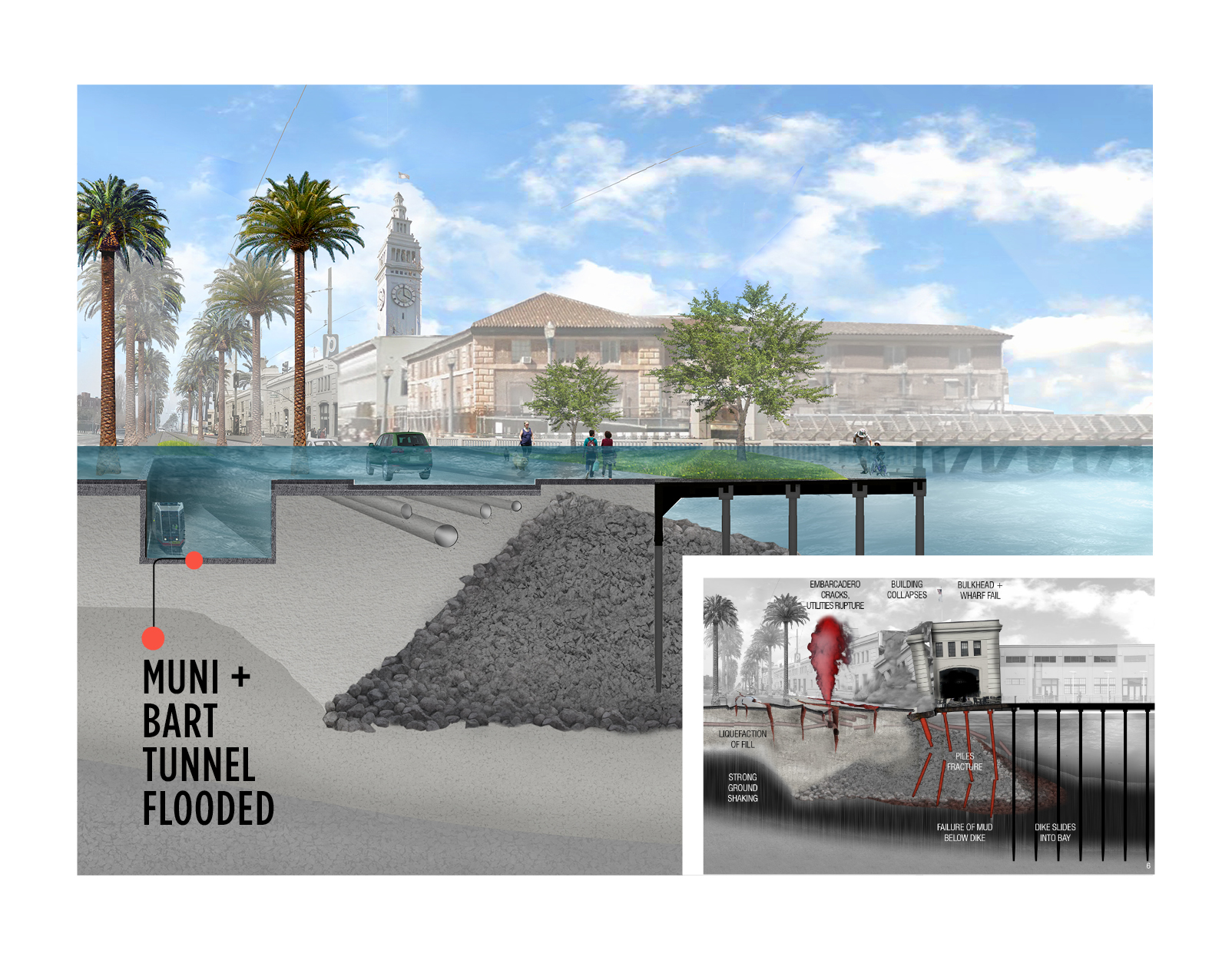 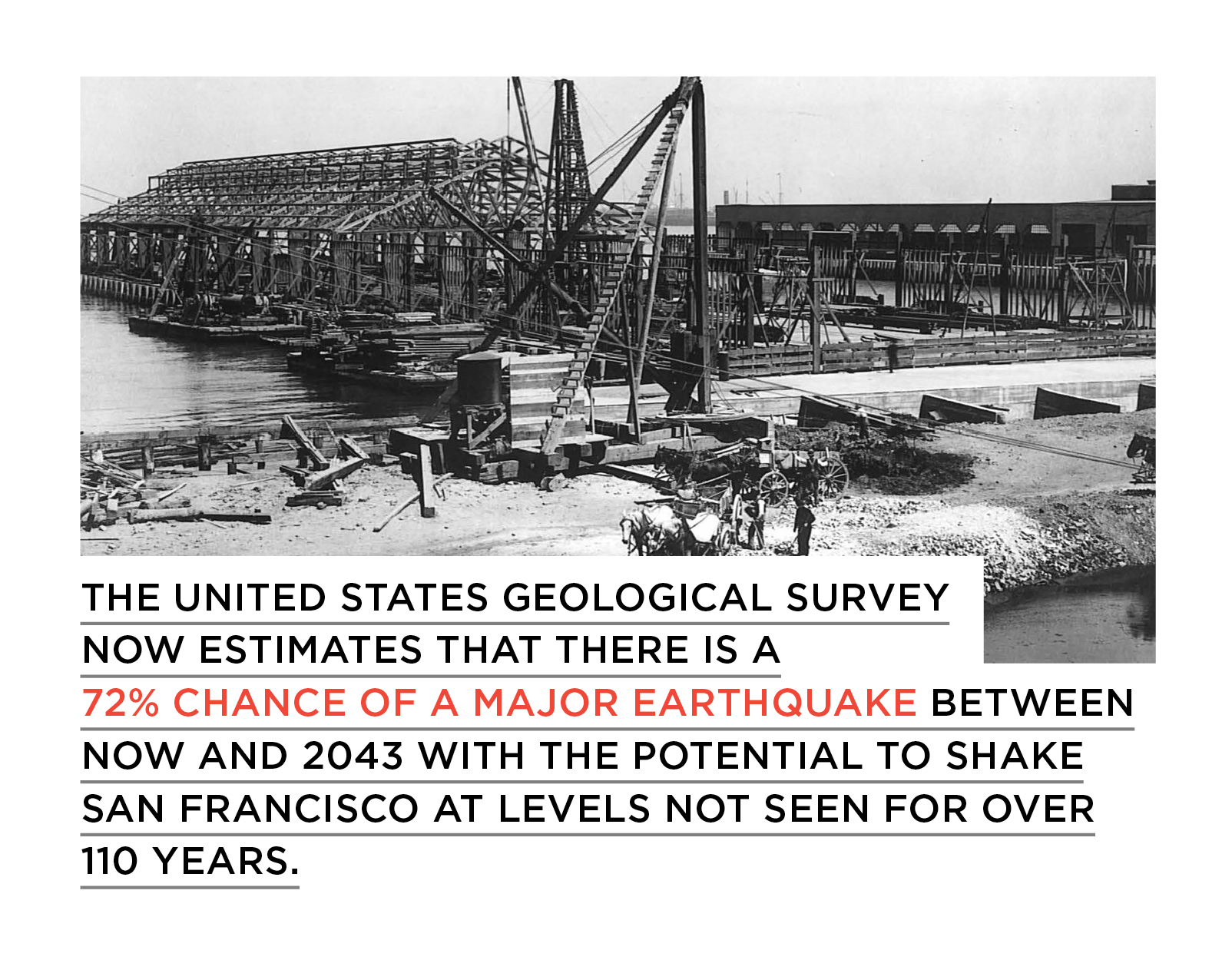 The Port is currently pursuing local, state, federal, and private funding sources to fully fund infrastructure improvements anticipated to cost up to $5 billion. 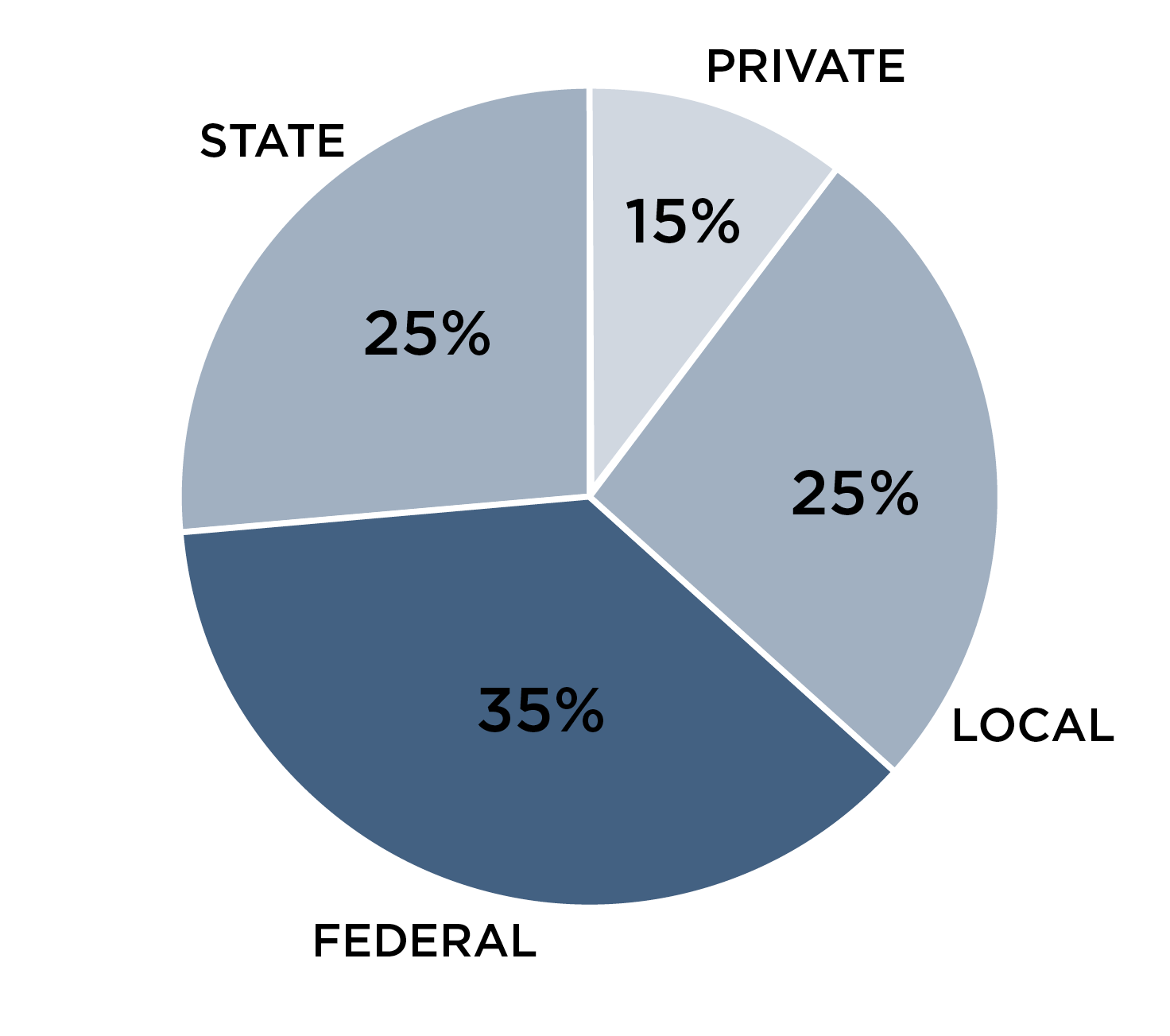 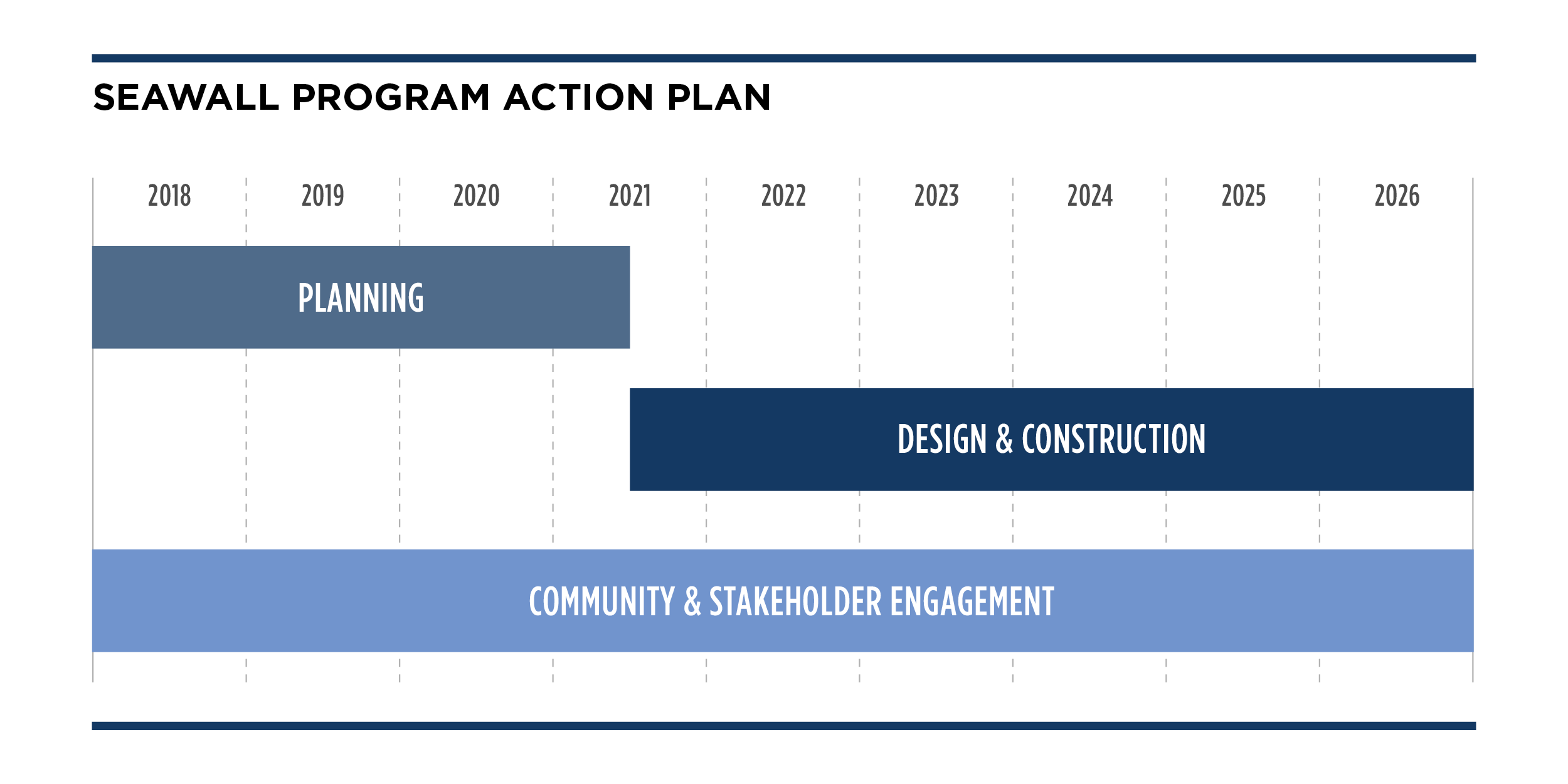