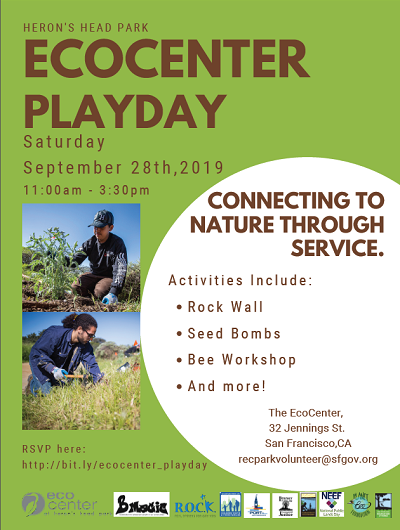 One of San Francisco’s ecological treasures, Heron’s Head Park is a 22-acre open space and thriving wildlife habitat located in the City’s Southeast Sector. Teeming with native plants and a wide variety of birds, Heron’s Head Park is one of the few wetlands on San Francisco’s shoreline, and is an example of restoration success. Heron’s Head Park attracts more than 100 bird species a year and is used for education and recreation by thousands of bird-watchers, hikers, students, teachers, and visitors from around the San Francisco Bay Area, The land is owned by the Port of San Francisco, which works to enhance, expand, and preserve the Park, and to promote the public access and appreciation of all it has to offer. The Port and the San Francisco Recreation and Parks Department have teamed up to offer hands-on education programs for youth and public participation opportunities for visitors of all ages.

About
History
In the News
Education Programs
EcoCenter
Additional Information 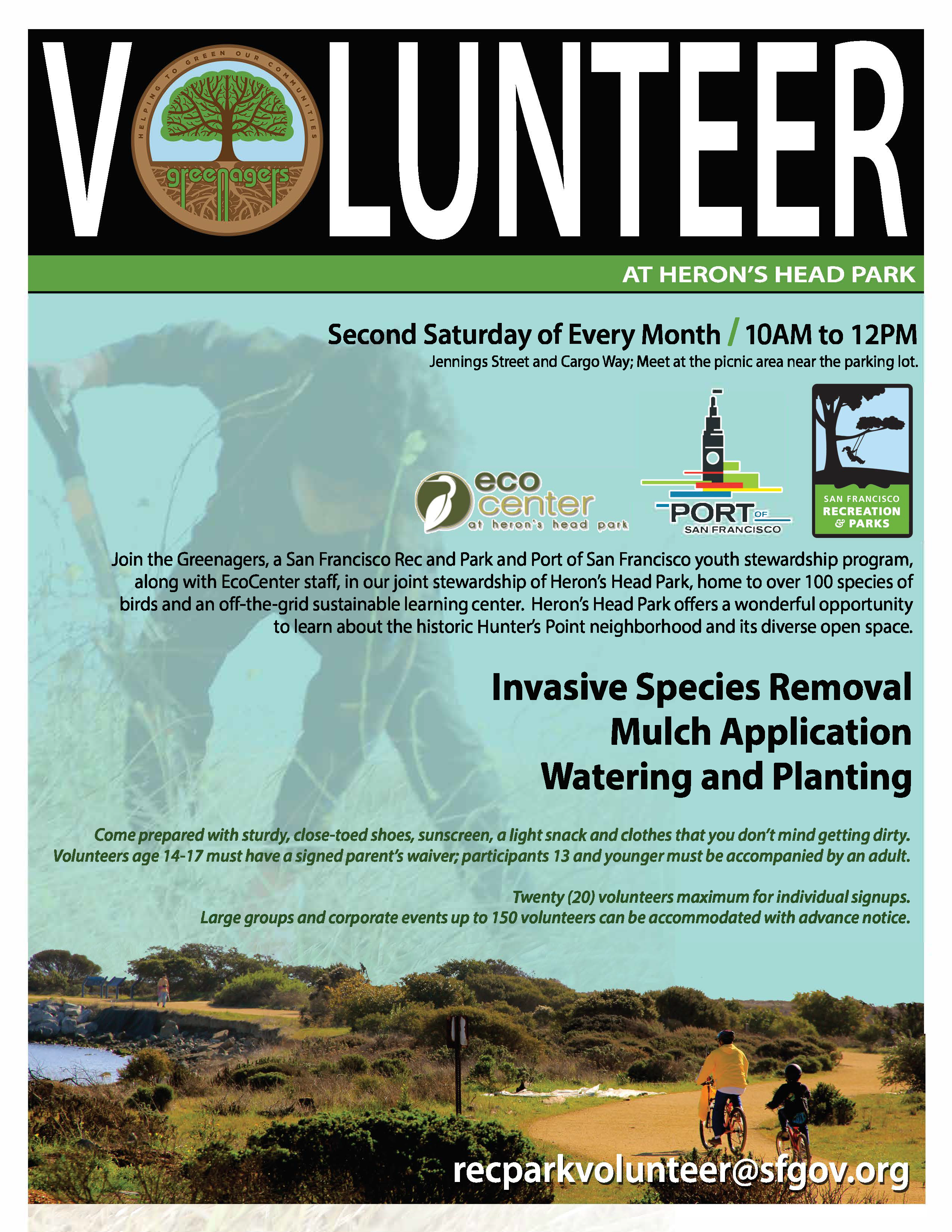 Heron's Head Park was born in the early 1970s, when the Port began filling the bay to construct what was to be the Pier 98 shipping terminal. The terminal construction never materialized, and the peninsula remained undeveloped. Over years of settlement and exposure to the tides, a salt marsh emerged, attracting shorebirds, waterfowl and aquatic wildlife. In the late 1990s, with funding from the City and County of San Francisco Public Utilities Commission, the Port, the California Coastal Conservancy and the San Francisco Bay Trail Project, the Port undertook a major renovation of Pier 98. The project enhanced and expanded the marsh by removing over 5,000 tons of concrete, asphalt, metal and other debris, created a tidal channel to improve circulation, and constructed upland trails, picnic and bird-viewing areas and a fishing pier. In 1999, the former Pier 98 officially reopened to the public as Heron's Head Park, named for its resemblance – when viewed from the air – to one of its residents: the Great Blue Heron.

In 2012 the Port completed various improvements to the park, made possible due to a 2008 voter-approved bond measure. Park improvements feature an off-leash dog run, a dedicated bike lane leading up to the park, and other park amenities such as bicycle racks and picnic tables.

The EcoCenter at Heron's Head Park

In 2010, a non-profit organization and former Port tenant, Literacy for Environmental Justice (LEJ), constructed The EcoCenter at Heron’s Head Park to serve as a demonstration of green building technology and a recreational and educational resource to the surrounding community, the city and the region. The EcoCenter features 100% solar power, on-site wastewater treatment, a living roof, rainwater harvesting, all native landscaping, sustainable building materials, and other resource efficient building features. It was the first LEED Platinum – Zero Net Energy building certified in San Francisco.

In 2014, at LEJ’s request, the Port assumed ownership of the EcoCenter and, after a competitive selection process, leased the EcoCenter to a new operator, Bay.org, in partnership with City College of San Francisco and the A. Philip Randolph Institute. Earth Day 2019 kicked off a new partnership between the Port and San Francisco Recreation and Park, making the EcoCenter an entirely City-run operation with plans to make environmental programs even more robust. More information coming soon!

Background information about design, monitoring, and environmental conditions at Heron's Head Park is provided in the following reports:

For more information about public & school programs at Heron's Head Park and the EcoCenter or to reach staff at the EcoCenter call 415-676-1394.