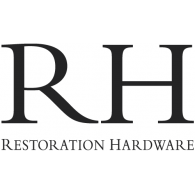 The Port has partnered with Historic Pier 70 LLC to rehabilitate the historic core of Pier 70 – eight buildings dating from 1885 that once served as the West Coast headquarters for Union Ironworks and later, Bethlehem Steel. Now in the construction and leasing phase, Pier 70 is expected to be open to the public in 2017. Once completed, the project will reintegrate seven acres of once-derelict buildings into the Dogpatch neighborhood, invite the general public into the historic core of the former shipyard for the first time since its founding in the late 1800s, and provide new, high-quality jobs in San Francisco.

“Historic Pier 70 LLC’s rehabilitation of the historic core buildings at Pier 70 is the first step in the Port’s vision for reconnecting the Dogpatch neighborhood with the waterfront,” said Byron Rhett, Port Director of Planning and Development. “ It is extremely rewarding to now see construction underway and to celebrate the signing of the first project sublease to Restoration Hardware for the iconic Bethlehem Steel Building 101. The Port looks forward to the reactivation of Building 101 and heartily welcomes Restoration Hardware to the Dogpatch waterfront.”

Currently slated to open in 2017, RH San Francisco, The Gallery at the Historic Bethlehem Steel Building will be prominently situated at Illinois and 20th Streets – the crown jewel of Pier 70. Constructed in 1917 and designed in the Classical Revival style by distinguished San Francisco architect Frederick H. Meyer, the entire structure will be restored to its original glory in honor of the building’s unique history, cultural significance and singular place in San Francisco’s urban landscape.

“With great admiration and respect for its architectural heritage, we could not be more honored to reestablish this historic landmark’s relevance,” says RH Chairman and CEO Gary Friedman. “This is a rare opportunity to help render the whole neighborhood more valuable, reenergizing our surroundings and creating a lasting gift to our hometown.”

Friedman will collaborate with design architect James Gillam of Backen, Gillam & Kroeger – recognized as one of Architectural Digest’s Top 100 Architect and Design firms in the world – to bring RH San Francisco to life. The two have recently restored other landmark buildings in iconic locales across the country, including the former historic Museum of Natural History in Boston’s Back Bay, the historic Three Arts Club in Chicago’s Gold Coast, and the historic post office in Greenwich, Connecticut.

The National Park Service lists the Union Iron Works Historic District at Pier 70, which is the site of the former Bethlehem Steel Building where the new RH gallery will be located, on the National Register of Historic Places. This is San Francisco’s newest, officially designated historic district, listed in April 2014. The 66-acre historic district was determined to be nationally significant for its association with Union Iron Works and later Bethlehem Steel as pioneers in the establishment of the nation’s steel shipbuilding industry and for the site’s industrial architecture representing the period from 1884 to 1945.

Union Iron Works is the Port’s second historic district, with the Embarcadero Historic District having been listed on the National Register in 2006. In addition to recognition of the historical significance of the waterfront, these historic districts provide Port development partners with access to Federal Rehabilitation Tax Credits, which are important to the economics of waterfront rehabilitation projects like the Ferry Building, Piers 1-5, 15 and the 20th Street Historic Buildings.