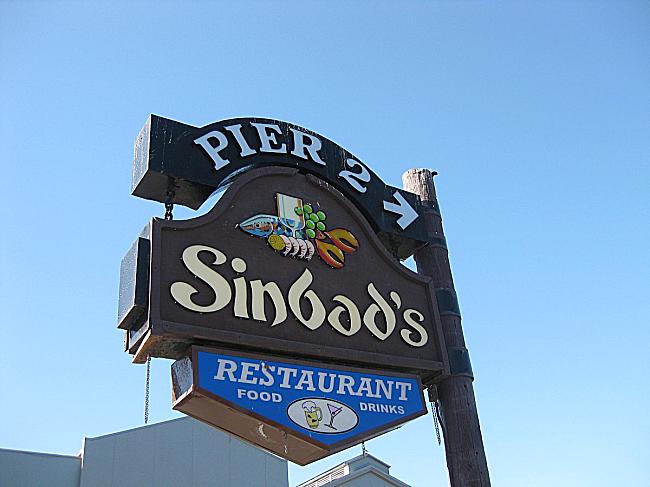 Friday, April 24, 2015 -- On behalf of the City & County of San Francisco and the Port of San Francisco, and in furtherance of State of California regulatory permits and other agreements, the San Francisco City Attorney’s Office has filed an unlawful detainer lawsuit in Superior Court against the owners of Sinbad’s Restaurant at Pier 2.  Sinbad’s lease with the Port expired on March 21, 2015.  On March 23, 2015, the Port gave Sinbad’s a 30-day notice demanding the return of the property.  The 30-day period has expired and Sinbad’s has not vacated the property.

Prior to a 2012 Settlement Agreement with the Port, Sinbad’s owed the Port more than $220,000 in back rent and interest.  As part of the Settlement Agreement, the Port forgave $85,000 in back rent owed by Sinbad’s in exchange for Sinbad’s express agreement to vacate the Premises by the end of calendar year 2014. In December 2014, the Port agreed to extend Sinbad’s date to vacate the premises to March 21, 2015.  At that time, Sinbad’s acknowledged that there would be no further extensions, regardless of whether the Downtown Ferry Terminal Expansion project is delayed, extended or otherwise changed.  Sinbad’s repeatedly expressed their gratitude and commitment to the agreement.

“We expected the owners of Sinbad’s to keep their word as they pledged repeatedly and honor the 2012 Settlement Agreement they signed for which they accepted money from the Port agreeing to vacate the premises by December 2014,” said Monique Moyer, Port Executive Director.  “The Port graciously allowed Sinbad’s a one-time extension to March 21, 2015 to find another location, ensure a safe transition for their employees and vacate the premises.  However, Sinbad’s did not uphold their part of the Settlement Agreement and are willfully trespassing on Port property.”

The Port has negotiated in good faith with Sinbad’s for several years to address Sinbad’s lease defaults and accommodate Sinbad’s requests to extend the lease for as long as possible.  Unfortunately, the owners of Sinbad’s failed to take advantage of the time afforded by the Port to identify a new location for their business which would have ensured a smooth transition for their employees, their customers and their families.

The situation is more complicated than simply granting Sinbad’s another extension.  The Port has legal and fiduciary obligations to state agencies such as the San Francisco Bay Conservation and Development Commission (BCDC) and WETA to remove the building on Pier 2 to improve the Bay views and public access, and to prepare for the Downtown Ferry Terminal Expansion project at Pier 2.  BCDC issued a violation notice on March 26, 2015 notifying the Port and others that the failure to remove the building on Pier 2 is a violation of BCDC Permit 2012.001.05 and BCDC Permit M81-17.

Discussions between Port and BCDC staff have confirmed BCDC’s position that, as stated in BCDC’s violation notice, the building occupied by Sinbad’s must be removed to bring the Port into full compliance with state laws and policies.

The Downtown Ferry Terminal Expansion project includes construction of up to three new ferry gates, one of which will be constructed where Pier 2 and Sinbad’s is currently located.  The Downtown Ferry Terminal Expansion project will be delayed if the restaurant is not demolished and the site prepared for construction of the new ferry gates. This expansion project is an essential part of WETA’s water transportation evacuation plan in the event of a local disaster such as the Loma Prieta earthquake of 1989.  Litigation to remove Sinbad’s could result in delays and significant cost increases to this important, publicly funded improvement to the Bay ferry system.

“WETA supports the Port’s efforts to comply with the BCDC requirement that Pier 2 landside development be removed, thereby improving public views of the Bay and allowing needed expansion of the Ferry Building ferry docks. Expansion of those facilities is a pre-condition to expanding ferry service on the San Francisco Bay and providing ferry services in the event of a regional emergency,” said WETA Executive Director Nina Rannels.

The fact that the Downtown Ferry Terminal Expansion project is scheduled to start construction in spring 2016 has no bearing on the Settlement Agreement between Sinbad’s and the Port.  The requirement to remove the restaurant building is for the purpose of improving public access in 2015 in the Ferry Building area, separate from the future Pier 2 removal to reduce Bay fill, in concert with the WETA project.  Sinbad’s accepted with gratitude the extension and accompanying financial compensation and acknowledged that there would be no further extension of the vacation date.

Sinbad’s owners will have 5 days to answer the Port’s unlawful detainer complaint.  Following that, the Port will immediately proceed to court to recover its property at Pier 2.

The Port of San Francisco is a revenue-generating agency of the City and County of San Francisco. The Port manages a broad range of maritime, commercial, and publicly accessible facilities along 7½ miles of the City’s waterfront that are held in public trust for the people of California.