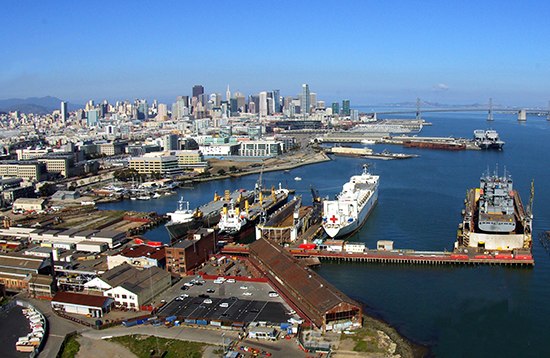 The Port of San Francisco is seeking an experienced ship repair operator to reopen and revitalize its Pier 68/70 Shipyard ("Pier 70 Shipyard"). The Pier 70 Shipyard, with Drydock #2 remains one of only five ship repair yards on the U.S. West Coast that can compete for the maintenance and repair of extra-large sized vessels.  The Shipyard is a strategically located facility that is poised to support the growing passenger cruise industry, government and defense fleets, the domestic oil refineries business, and Bay Area maritime passenger and harbor service support vessels.

The greater Pier 70 Shipyard area consists of approximately 13.7 acres of land and piers, including 16 buildings. There are significant Port-owned assets, including floating Dry Dock #2 that was upgraded in 2008 to post-Panamax lifting capability; floating Dry Dock Eureka; and a $5.8 million 8k-ampere shoreside power system.

For future viability, the Port is investing in several capital projects to improve the facility. We also plan on signing a Project Partnership Agreement with the U.S. Army Corps of Engineers for the continued dredging of Central Basin – the access way into and out of the Shipyard.

This new Request for Proposals includes these key points:

Shipyard RFP-2 includes a smaller footprint (10.1 acres of land and piers with ten buildings) than was offered in the prior Shipyard RFP issued August 15, 2017, in order to reduce a new operator’s maintenance and repair costs of buildings not critical for the operation of a shipyard. Six additional, optional buildings comprising 3.6 acres are also offered that respondents may choose to include in their proposal if these facilities support their operations and business plan.

The Port is improving the site for future operations including upgrading the electrical infrastructure; demolition of antiquated buildings to add laydown space;  and a $3.5 million dredge under Dry Dock #2 and certain piers. The Port may also conduct future maintenance dredging within the premises.

We are interested in exploring creative structures to raise capital for needed improvements at the Pier 70 Shipyard. In particular, the Port encourages proposals from respondents relating to the ownership of the dry docks in order to secure financing that can reduce the overall cost of capital for upgrades.

The Port expects that favorable financing would include lender rights as to the security, and the Port is willing to negotiate such rights so long as Dry Dock #2 (or replacement equipment financed by the operator) remains at the site and in operation throughout the term of the lease, unless replaced by better equipment.

Port staff also will entertain proposals that include the immediate sale, lease, repair and operation of the Dry Dock Eureka or its removal. 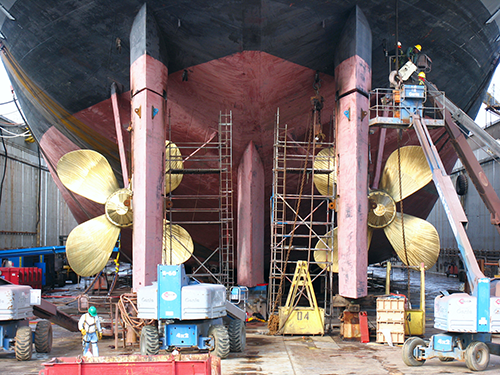 The Port will review such proposals on the basis of their ability to ensure rapid and durable restoration of ship repair operations at the site. Prospective respondents are encouraged to carefully review the changes set forth in this Shipyard RFP-2 compared to what was offered in the August 15, 2017 RFP, as the Port is seeking to grow the pool of interested proposers in order to maximize its chances at reestablishing ship repair operations at the earliest practicable date.

Click here to register and enter the areas with direct links to relevant and supporting documents. (PDF)

For questions about this site or the downloadable documents, please contact: